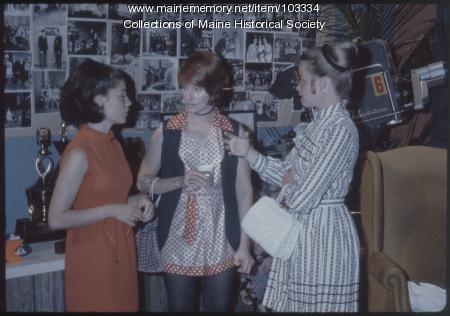 Former series regular Bonnie Tibbetts, left, talks with other guests on the set of the final episode of The Dave Astor Show. The show, which reached nearly 35,000 Portland area homes at its peak, began on WGAN-TV in 1955 and later moved to WCSH-TV, Channel 6.

The final show opened with a taped message from then-governor Kenneth Curtis, and included reminiscing with previous and current regulars, as well as clips of earlier shows.