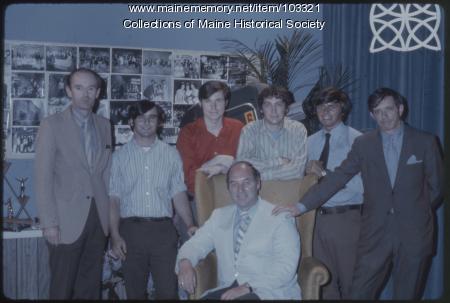 The show, which reached nearly 35,000 Portland area homes at its peak, began on WGAN-TV in 1955 and later moved to WCSH-TV.