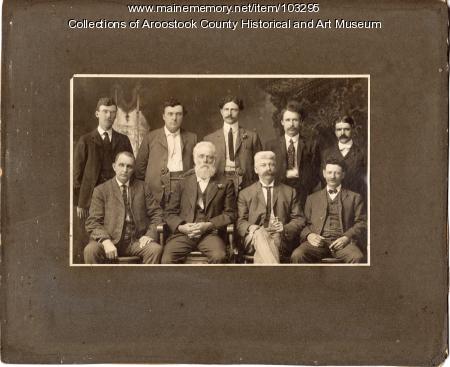 Doctors from Aroostook County posed for a group portrait in Houlton.

Dr. Dickison was the founder of the Aroostook Hospital.

Dr. Wendell C Boyd was the son of Dr. Robert Boyd who passed away a year after this photo at the age of 34. They were from Linneus.

Dr. Alba Walker (1875–1919) practiced medicine in Houlton. He abruptly left town and fled for the Canadian border after an accusation surfaced that he had deliberately poisoned a patient. Canadian officials captured him shortly thereafter where he was detained. While in the jail cell, he managed to drink some sort of deadly liquid which he had hidden on his person, and took his own life in the process.