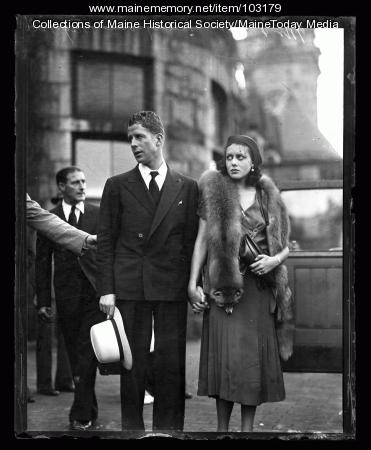 Rudy Vallee, born in Vermont, grew up in Westbrook. His long, successful career as a bandleader, singer and actor started in the 1920s. He was married to the actress Fay Webb, pictured at his left, from 1931 to 1936.