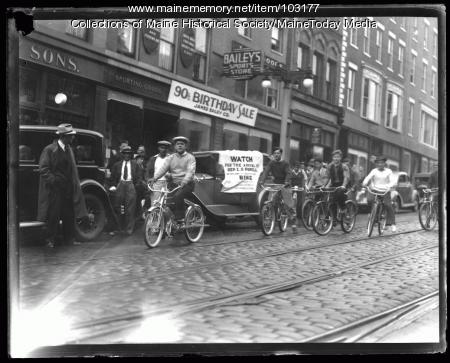 A banner on the automobile reads: “Watch for the arrival of Rep. E. O. Porell on his way to Augusta on a Bike, Courtesy of Cycle Trades of America, James Bailey Co. Portland, Dol’s Hardware, Westbrook.”

This article and photo appeared in "The Portland Evening Express" October 16th, 1936 edition on page 23.