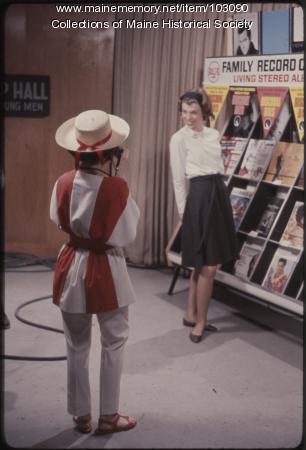 During this scene, a teenager posed in front of a display for Family Record Center, a local business and program sponsor, while another young woman (in costume) takes her picture.