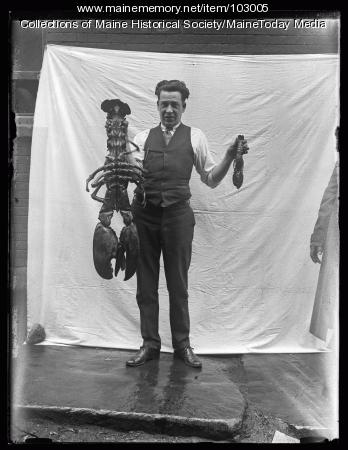 Compared to the average size lobster in his left hand, Carl A. Garris Jr. (1898-1982) displayed an unusually large lobster for Portland newspaper photographers. For a sense of proportion, Mr. Garris was listed as five feet, nine inches tall on his WWI draft registration card.

Carl Garris, Jr. was a Portland taxidermist, working at 224 Federal Street during the period.