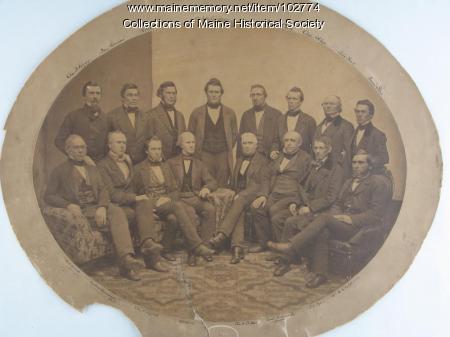 In 1857, incoming U.S. President James Buchanan appointed Saco businessman Moses McDonald as the Custom Collector for the Port of Portland. Sometime after McDonald's appointment, his staff posed for this portrait taken at the studio of local photographer J.R. Burnham. However, Collector McDonald did not sit for this photograph.

The names, written along the outside of the print have been corrected over the years. They appear below, un-abbreviated, along with their position according to "The Maine Register, For 1857".