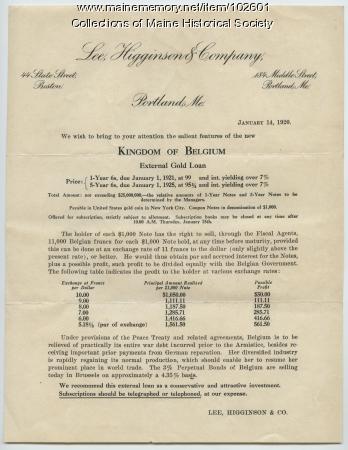 After World War I and during Belgium’s reconstruction period, American investment banks orchestrated opportunities to benefit from the peace terms. As a result of the Treaty of Versailles, Germany was required to pay war reparations to European countries, specifically Belgium.

While Belgium’s economy began to turn around by 1926, Lee, Higginson & Company closed in 1932 after suffering staggering loses in the famed ‘Swedish Match’ pyramid scheme.