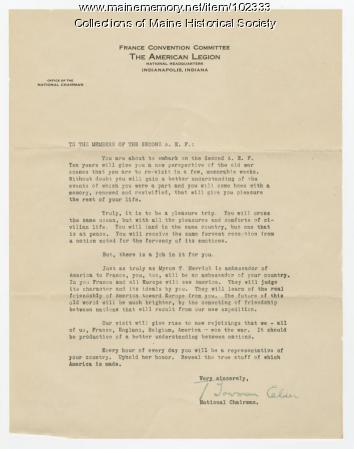 In 1927, the American Legion held its 9th annual convention in Paris. Travelers to the convention were known as the Second American Expeditionary Force.

The American Legion organized a trip to Paris for WWI veterans and their families. The trip, and convention, was scheduled to commemorate the tenth anniversary of America entering the war.

This letter outlines the importance of the trip as both one for pleasure and as an opportunity for the men to represent themselves as ambassadors for the country.