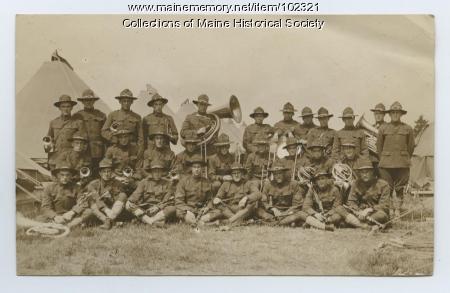 The band is pictured in full uniform and with instruments. The identities of most of the men are unknown, except for Herbert Cobb, standing in the back row, third from the left. Cobb was a World War I soldier who was sent overseas to France, went to military training schools to become a Lieutenant, and lost his life in 1918 a month before the war ended.