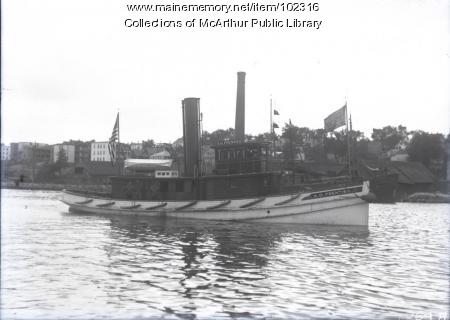 The tugboat operated up and down the Saco River and was captained by the Goldthwaites of Biddeford Pool. In March of 1918 she was commissioned by the U.S. Navy, and as the U.S.S. A.G. Prentiss, she did her part working in the 3rd Naval District, which during WWI covered Connecticut, New York, portions of northern New Jersey, Puerto Rico, and the Nantucket Shoals Lightship.

The tug was decommissioned on December 2, 1918 after less than a year of service; she was returned to her owners and went back to work in New England until at least the mid 1950's.