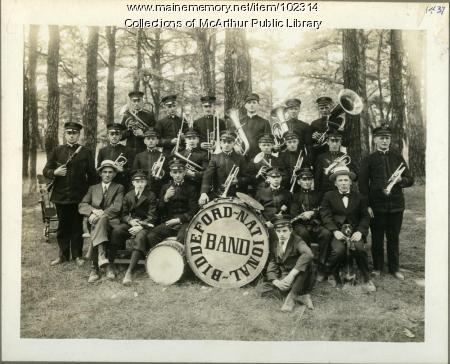 The Biddeford National Band formed during World War I after the famous Painchaud's Band went into service as the official band of the First Maine Regiment.

This is the only known photo of the band, taken at Camp Ellis in 1919. The president of the band in 1919 was Roy Sherwood, a clerk from Saco.