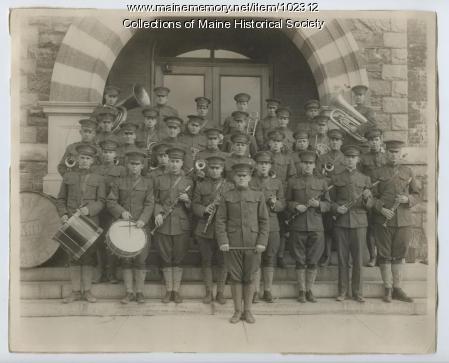 Brothers William and Herbert Cobb both served as musicians in the University of Maine Cadet Band prior to enlisting in the U.S. Army during WWI. Herbert, along with members of the band, was stationed in Laredo, Texas for Mexican Border patrol during the summer of 1916.

During the war, both brothers were later sent overseas to France as official members of the 103rd U.S. Infantry Band, 26th Division. Their third brother Sumner, twin to Herbert, also attended UMaine, but was not a member of the band and remained stateside for the war.