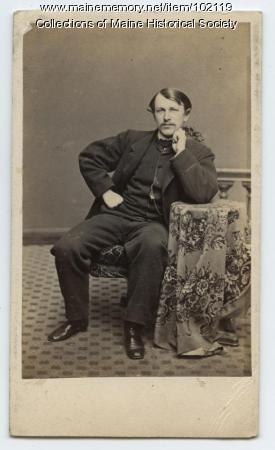 John Marshall Brown, son of businessman John Bundy Brown, joined his father's firm, JB Brown & Sons upon his return to Maine after the Civil War. Wounded just before the Battle of Petersburg, Brown remained in Washington DC during his recovery.

This photograph was taken at the T.R. Burnham Studio on 90 Middle Street in the years following the marriage of Brown to his wife Alida Carroll whom he met while recuperating in Washington DC. The couple was married in December of 1866 in Portland.