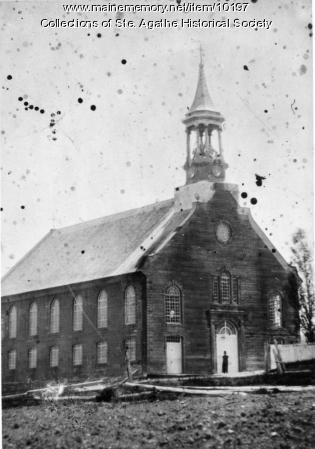 The Roman Catholic mission in Frenchville became a parish with its own pastor, Rev. Henry
Dionne, on February 12, 1843. Ste-Luce Church in Upper Frenchville was built in the early 1840s. The parish's territory extended from what is now St. Francis, to St. Hilaire, New Brunswick. Originally under the auspices of the Bishop of Quebec, Saint John and Chatham, New Brunswick., St. Luce became a parish of the Diocese of Portland on August 16, 1870.

In 1857 Rev. Charles Sweron became Rev. Dionne's assistant and later became pastor in 1860 when Father Dionne retired. Father Sweron was with the parish for 48 years. The church burned in 1884.