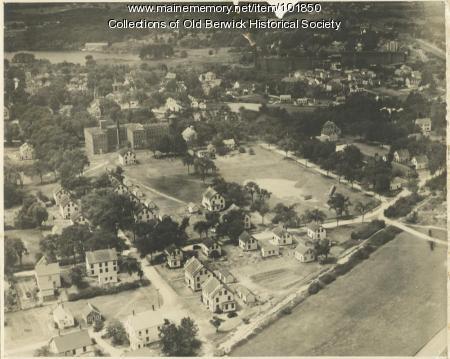 Cummingstown, or shoeville (in the foreground of this aerial view) was a neighborhood where many employees of the David Cummings & Company shoe factory lived. The factory can be seen in the center of the top third of the photograph.

The Cummings factory building on Norton Street was constructed about 1872. It later operated as the South Berwick Shoe, Inc., and, finally, as the Duchess Shoe Company. As of 2016, the building still stands, but lost all ties to the shoe manufacturing trade in the early 1990s, when it was renovated into an apartment complex.