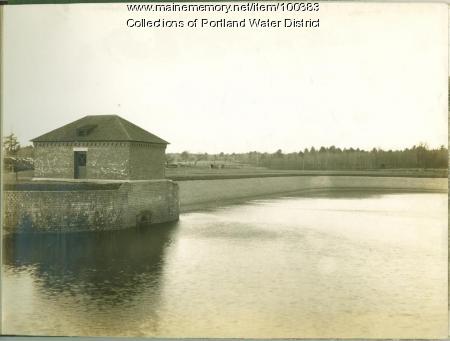 When the Portland Water Company first built the water works to bring water to the City of Portland, they did not foresee that the conduit from the Lake would need occasional cleaning or repair. Because service through the conduit was occasionally shut off for maintenance, the Company built the reservoir to prevent interruption of water service to Portland water takers.

Once the Reservoir was completed, water then flowed from the conduit to the Basin and into a filtered gate to transmission lines, and eventually to Portland. The Reservoir, which covered about two acres, was able to hold 11.6 million gallons of water in reserve.