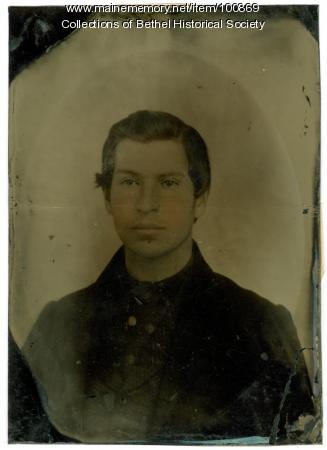 Born in 1844, Farnum Llewellyn Bean was one of 28 Bethel men who lost their lives during the Civil War.

Bean mustered into the Union Army as a private in Company B of the 23rd Maine Volunteers, but by December 1862 was reported “sick in hospital.” He died on December 20, 1862, at Offut’s Cross Roads, Maryland, less than a month after his 18th birthday.

Bean's fatal illness is a sad reminder that out of the more than 364,000 deaths during the war, some 224,000 were by causes other than battle wounds.