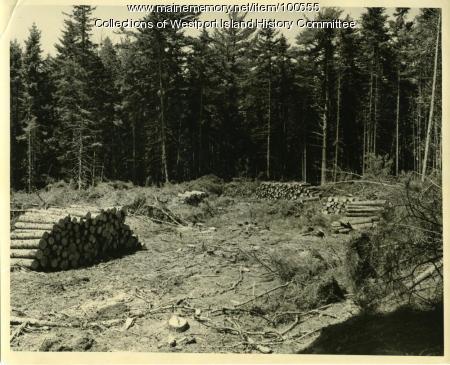 The property was clear cut in patches of about 3/4 acres, each removing from 15 to 20 cords. The clear-cut patches were scattered over the Island woodlands and well apart from each other because of thin soil--typical of ledge-based islands--and possible wind throw.

The operation was sparked by the landowners' association on MacMahan Island who feared that a fire on the island could be devastating. In addition to the clear-cut patches, a defensible fire lane was cut the width of the island, separating the forest from the cottages.