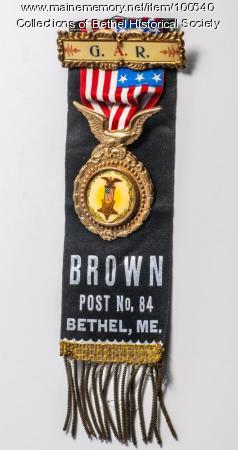 In 1883 Bethel established a G.A.R. (Grand Army of the Republic) group, naming it Brown Post No. 84, in memory of Harlan Page Brown. Brown served in the 7th Maine Volunteer Regiment, and, according to William B. Lapham's 1891 History of Bethel, "was instantly killed while charging at the head of his company at the battle of Antietam."