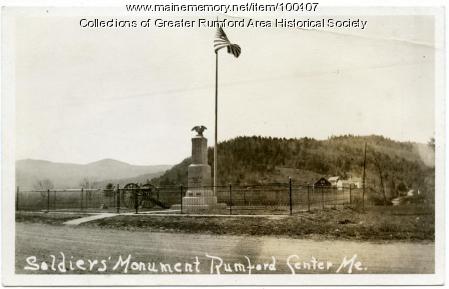 Thomas Burgess and Grace Coffin donated the land, and the GAR post contributed funds from an insurance payout after their building was destroyed in a fire. Four surviving veterans, Rufus Farnum, Benjamin Franklin Virgin, Cyrus Howard, and Joseph A. Penley, raised additional money by going door-to-door, asking for donations.