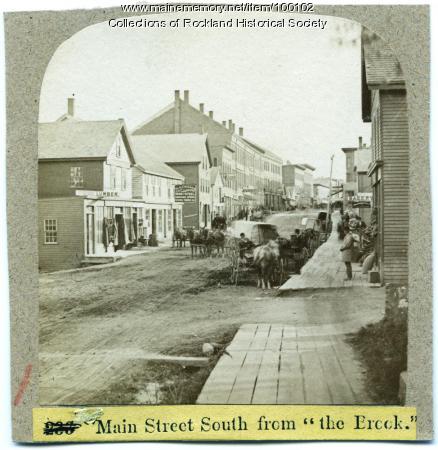 This is a view looking south up Main Street from where Lindsey Brook runs under Main Street in Rockland.