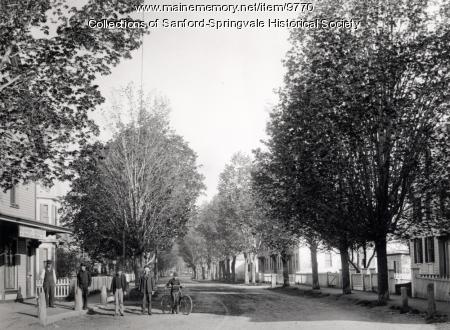 Edmund E. Goodwin of Springvale began mercantile life at age 15 as a clerk in a tobacco store in Brooklyn, N.Y., and later was a clerk in a number of dry goods establishments.

In 1877 he entered into business with his father at Springvale, where he became senior partner of the firm of E.E. and J.W. Goodwin, general merchants and manufacturers of clothing.

Goodwin also was a director in the Sanford National Bank.