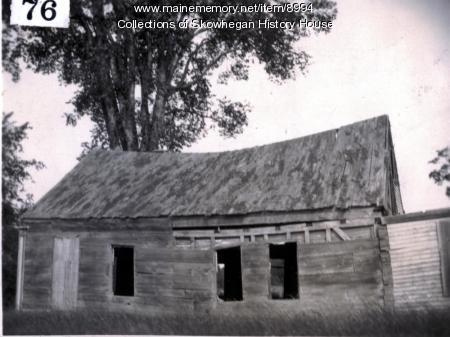 "This is a rear view. The outlook from these one time windows was toward the Sandy River, which is about a half a mile away. The picture was taken perhaps ten years ago. In all probability the old structure has since tumbled into the cellar.

Mr. Munsey never returned to the spot of his birth, but his sister, Mrs. Hyde, of Lewiston, has frequently been here with other members of the family and friends. She believes it to be the birthplace of her distinguished brother. There is, however, a little doubt about it. Another spot a few miles away claims the same honor. Mr. Munsey died in New York City, worth forty million dollars."
~Roland T. Patten
Custodian of Historical Views, 1929