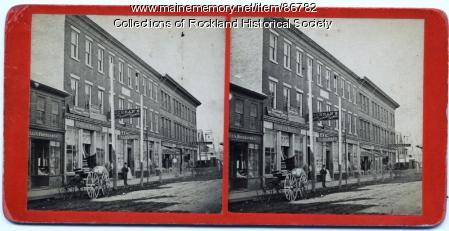 At the right edge of the building is Limerock Street and further down Main Street is the steeple of the First Baptist Church.

The two-story, wooden building, partially visible on the left is the Spofford Block. It was rebuilt after the fire of 1853. It contains the millinery shop of Julia Freeman & Co. on the first floor.