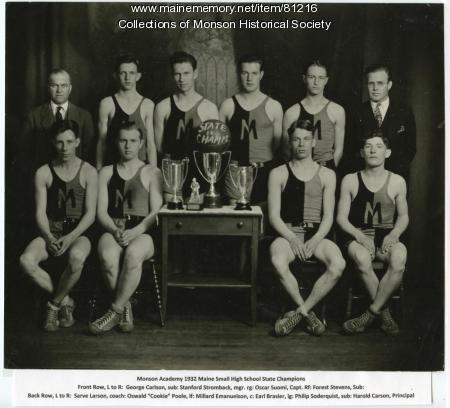 Monson Academy students excelled in many sports throughout its history, especially basketball. This photograph is of the 1932 State Championship Team including coach Salve Larson and Principal Harold Carson. The starting five players from the 1932 team were all Seniors and hadn't lost a game in their Junior and Senior years.