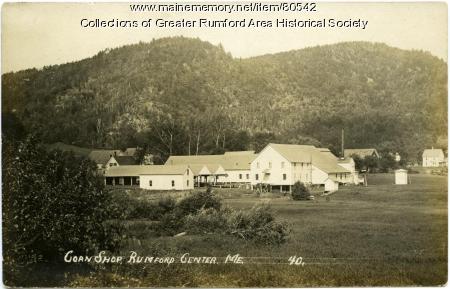 The corn was husk and cut by machine, women were hired and paid a dollar a day, to stand on the belt line that carried the husked corn to the cutters and pick out the ears that were not completely husked.

Waldo Pettengill, from his four farms, was the biggest supplier of corn to the factory. The factory would employ hundred or so during the peak of the season. The factory closed in 1930.