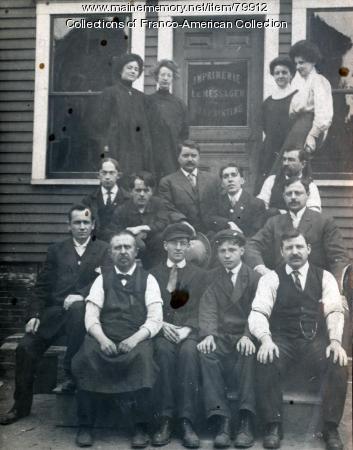 Camile Lessard, the last on the right in the back row, would go on to write the book "Canuk", which was printed by Le Messager. Le Messager was the oldest and longest-running French newspaper in New England. It began printing in 1880 and ran through 1966. The later paper moved to a larger location at 223 Lisbon Street in Lewiston, where the outlines of the name "Le Messager" can still be seen on the façade.