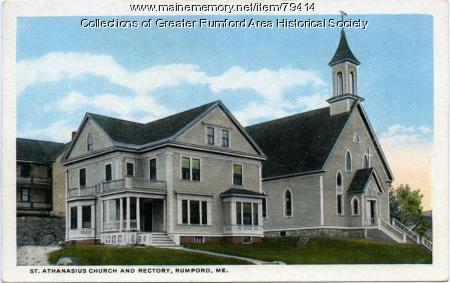 The school opened September 9, 1929, and was located on the second floor of the buildings. It was staffed by Sisters of Mercy. The school closed in 1969 and the church closed in 1970, with the merger of the two parishes of St. Athanasius and St. John.

In 1977 the building was re-opened as a seniors housing complex by Nick Puiia. As of 2012, it was known as the "Concorde Apartments."