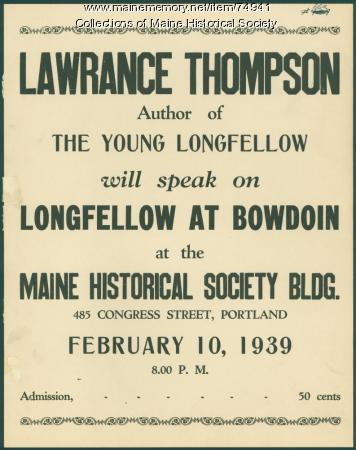 Lawrence Thompson, author of The Young Longfellow, was to give a speech about Henry Wadsworth Longfellow's time teaching at Bowdoin College on February 10, 1939.

It was advertised as his first speaking engagement since the publication of book.

Reports about the lecture noted that the hall to capacity despite a winter storm.