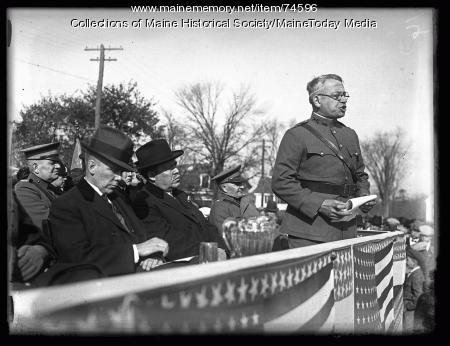 After the speaking events, a luncheon was held for the guests of honor. When the guests finished dining they were invited by the bridge's engineer, Walter Henry Norris to accompany him to the 220 foot bridge tower, where they enjoyed panoramic views of Maine and New Hampshire.