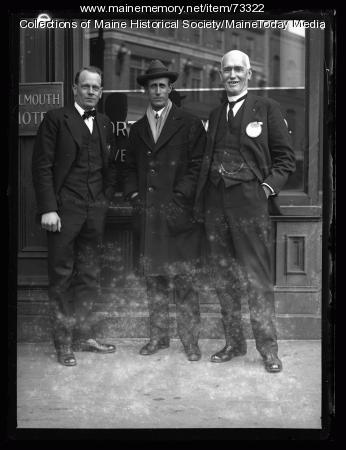 Neal Allen, middle, was a civic leader who served on the Portland City Council and then as chairman of the City Council (a position now known as "mayor") in 1925 and 1926. A 1907 graduate of Bowdoin, Mr. Allen married Margaret Stevens, the daughter of architect John Calvin Stevens.

As of 2017, the Neal W. Allen award for Leadership in the Public Sector is still awarded to local civic leaders in his honor.

See The Portland Evening Express, December 11, 1925 for information about his election as chairman of the City Council.