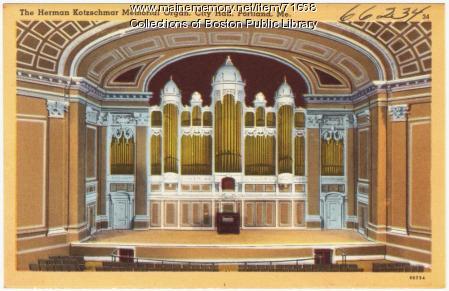 A Tichnor Brothers postcard of the Herman Kotzschmar Memorial Organ from around 1928. The organ is located in Merrill Auditorium which is part of Portland City Hall. The auditorium opened in 1912 and was renamed in the 1990s in honor of Virginia and Paul Merrill, who made a large donation to the facility.