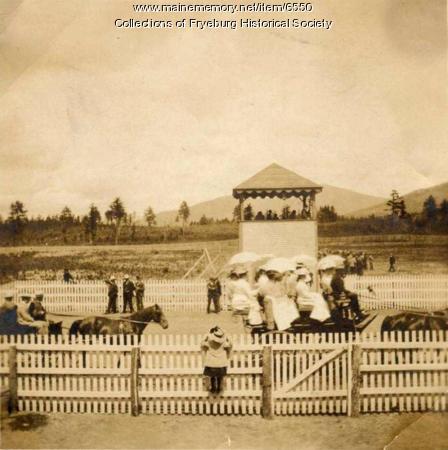 The photograph shows a parade at the track and the judge's stand at the "old" Fryeburg Fair, prior to 1885.

For its first seven years, the fair rotated between Fryeburg, Brownfield, Porter, Denmark and Lovell.

On Oct. 6, 1885 the Society bought the present-day Fryeburg Fairgrounds and since then, the fair has been held in Fryeburg.