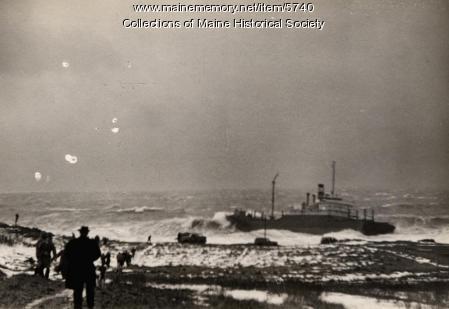 This Oakey L. Alexander, a steel freighter that was carrying coal, ran aground off Cape Elizabeth on March 3, 1947.

It broke in half during a gale. The cargo was lost, but the crew saved.

The ship was built in 1915 in Camden, New Jersey, by the New York Shipbuilding Corp. It was first named the Franklin, then the Nevadan and, finally, the S.S. Oakey L. Alexander in 1926.