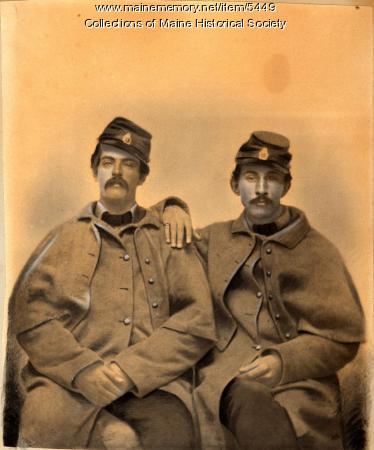 Jesse B. Allen, right, and George H. Libby of Portland, soldiers in Company A, 12th Infantry Maine volunteers, pose in a photograph taken in December 1861.