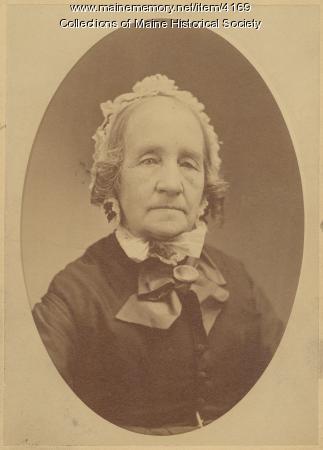 Hannah Lane Usher, a native of Buxton, was the second wife of Ellis B. Usher of Hollis. The couple had five children.

Hannah Usher was born in January 1795, the only child of Col. Isaac Lane and his first wife, Ruth Merrill. and died in August 1889. Her father fought in the Revolution with his father. Her mother died when Hannah was 5 years old. Isaac Lane later married Rebecca Randall, a widow with four children. The couple had four more children.