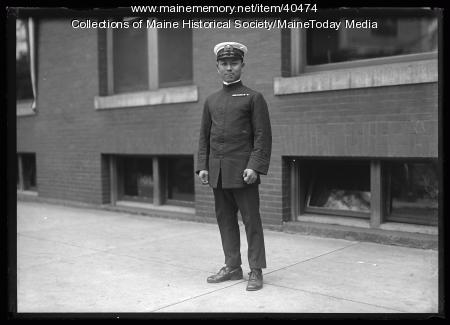 Lt. Ochi of the Japanese navy at the Maine Centennial celebration in Portland in 1920.

The Japanese marines, sailors and band from the Japanese ship Kasugamarched along Congress Street on July 5, 1920.

This photograph was taken prior to the march, probably at Pearl Street, where the Japanese contingent was to start.

A similar, cropped, photograph of Lieutenant Ochi was on the front page of the Wednesday, June 30, 1920 issue of the Portland Evening Express.