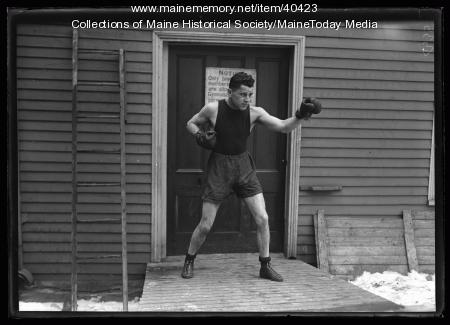 Boxer Johnny McIntire, a native of Corinna, fought in Portland in 1924 against Pete Byron on Jan. 15, Pat Mills on Feb. 1, and Spike Hennessey on March 4.

At one time, he held the title of welter-weight champion of the Maritime Provinces. His last bout was in 1932, when he beat Johnny Coangelo of New York in Bar Harbor. After that, he went on to manage a number of young boxers.

He then moved to Detroit, where he worked for the Ford Motor Company, often returning to Maine in the summers.