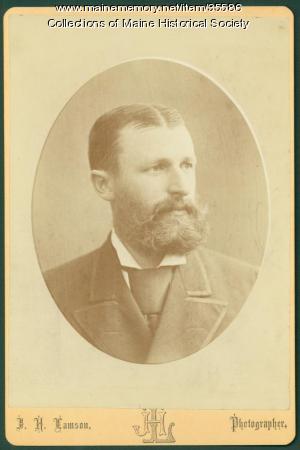 He was named Assistant Adjutant General of Volunteers in June 1863 and promoted to Lieutenant Colonel of the 32nd Regiment Maine Volunteers in 1864.

After the war, Brown joined his father's firm, J.B Brown & Sons, a sugar processing company. He was active in civic affairs, including the Maine Historical Society, preisdnet of the Soldiers and Sailors Monument Association, Bowdoin College Board of Overseers, and the Maine Agricultural Society.