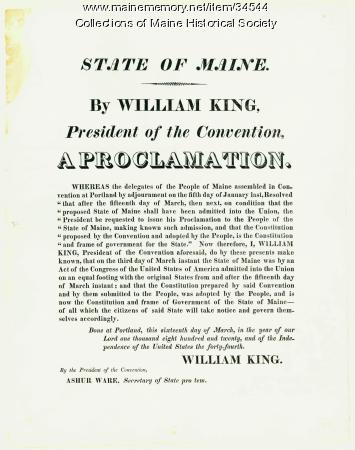 William King, president of the convention that drew up a Constitution and proposed statehood for Maine, signed a proclamation announcing that Congress admitted Maine to the Union on March 3, 1820, and that the Constitution, previously adopted by the residents, was in effect as of March 15, 1820.

The proclamation was dated March 16.