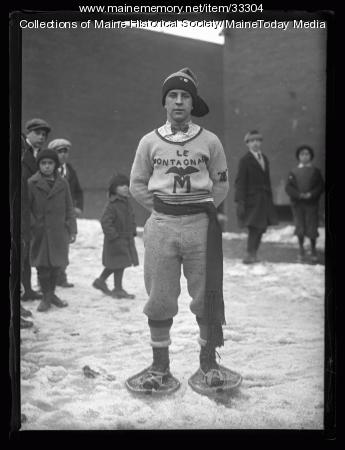 Emile Croteau, a member of Le Montagnard, a snowshoe club in Lewiston, poses after winning the half-mile race at L'Union Americain des Raquettuers convention in Biddeford. He reportedly made fast time on the 880-yard course, especially considering the conditions, which were less than ideal.

Le Montagnard -- mountain dweller -- was the first snowshoe club in the U.S., started in 1924. It is named after the first Canadian club, which began in Montréal in 1895.