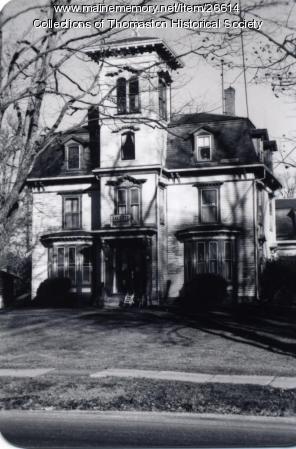 Capt. Williams’ son, Captain Theodore Colley Williams, was killed in action in Soisons, France in July 1918, and his name was honored by the American Legion’s Williams-Brazier Post.

Dr. Irville Luce, a dentist, later purchased the home, and lived here with his wife and their two children. One of his daughters operated the house as a Convalescent home, known as The Lucette.