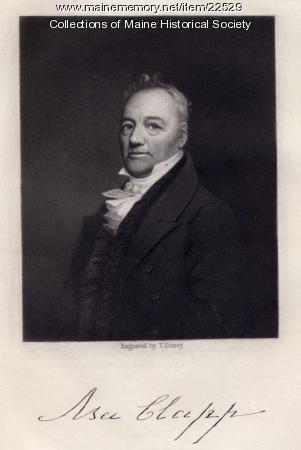 Asa Clapp (1762-1848) a prominent and wealthy businessman in Portland, had been a mariner and soldier. He was prominent in shipbuilding, banking, and other businesses.

He also served in the Maine Legislature.

The engraving by Thomas Doney of New York is based on a portrait painted by Thomas Badger (1792-1868). The engraving is from The Merchant's Magazine, Vol. XIX, October 1848.