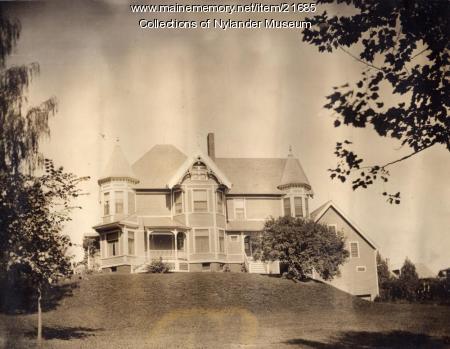 The name of Pierson is found in various documents spelled as Person, Pearson or Pierson.

In 1922 Olof O. Nylander assembled a display of photographs, maps and charts of the Maine Swedish Colony which he displayed at the three hundredth anniversary of the founding of Gothenburg, Sweden. The series of display cards, or samlats, each featured several photographs of homes, businesses and community members from New Sweden, Woodland, Perham and Caribou.
This photograph is from samlat 9.