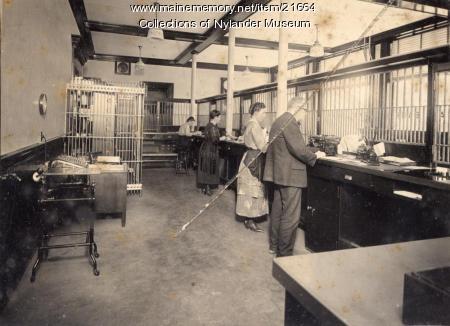 A view of the interior of the Caribou National Bank from behind the tellers' windows. The Bank was located at 18 Sweden Street.