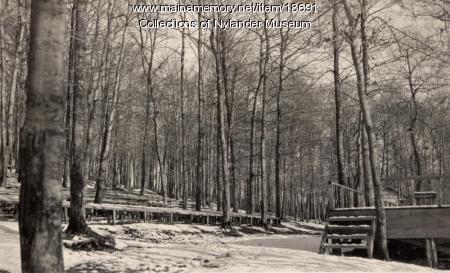 W. W. (William Widgerly) Thomas was the Maine official who created the Maine Swedish Colony and led the first settlers from Sweden to New Sweden in 1870.

The park is on lot #121 1/2, Station Road. Seen here are the bleachers and stage before the erection of the band shell.