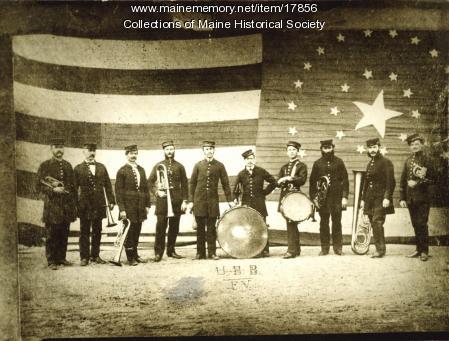 The Union Brass Band of Ferry Village was the first civilian band in Cape Elizabeth. The photo was taken in April 1873 in front of C.A. Tilton's Store, which was draped with an enormous American flag.