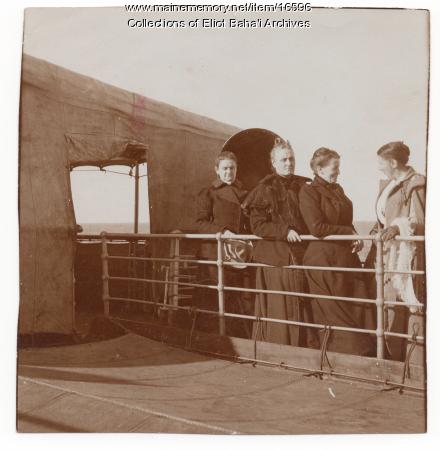 Sarah Jane Farmer, at the far right of this photograph, shown on board the S.S. Furst Bismark during a voyage to the Mediterranean in 1900. Other known women on this cruise were Maria P. Wilson, Elizabeth Knudson, and Josephine Locke. Sarah Farmer met 'Abdu'l-Baha in Palestine during this trip abroad. She later became a Baha'i. Her property, Green Acre in Eliot, Maine, was used during the summer months as a philosophical and spiritual retreat center, hosting dignitaries from many philosophical movements and religions.